Cognac was adopted by African American GIs stationed in southwestern France during World War I. Over the past century, it has been successively associated with jazz, rhythm and blues and hip-hop culture. Stéphane Reynaud, journalist and editor in chief of the “Style et Art de Vivre” pages at Le Figaro, tells us about the African American adventure of Cognac in the special issue “L’incroyable saga du Cognac” published by La Revue des Deux Mondes.

From New York to Los Angeles, Cognac is the favorite drink of the African American community. The brown alcohol from the Charentes region, discovered by GIs in France during the two world wars, has always tasted better in the mouth of this ethnic group than the made-in-the-USA hooch, which is whiter and whose names and packaging emphasize a very wasp southern or cowboy spirit. Cognac has never needed black music to exist, and black music could very well have done without Cognac. But it is clear that for a long time now the two have been moving forward together, in harmony.

The story begins in 1917. Just landed in France, the black American GIs are confronted with the horrors of trench warfare. Between two assaults, the permissions in Paris gave them the opportunity to discover the Charente brandy, while the young Frenchmen vibrated to the sound of the brass and percussions of the new musical style they had brought with them: jazz. The business continued after the war. The American musicians warmed up the Parisian cellars to the sound. The following generations will keep this beautiful agreement between music and still alive. Rhythm and blues, worthy heir of jazz, does not deny its penchant for VS, VSOP and XO, an unparalleled stimulant to play and dance until the end of the night, in Paris or New Orleans. From concerts to parties, the story takes us to the eighties, when a few DJs and Masters of Ceremony set up their microphones and turntables in the streets of the Bronx, in New York. Hip-hop was just born. The volume of sound never went down. An entire community is chanting straightforward lyrics – rap – laying the groundwork for acrobatic dance – breakdance – and covering walls with plump, colorful designs – graffiti. Brown liquor follows the trend. 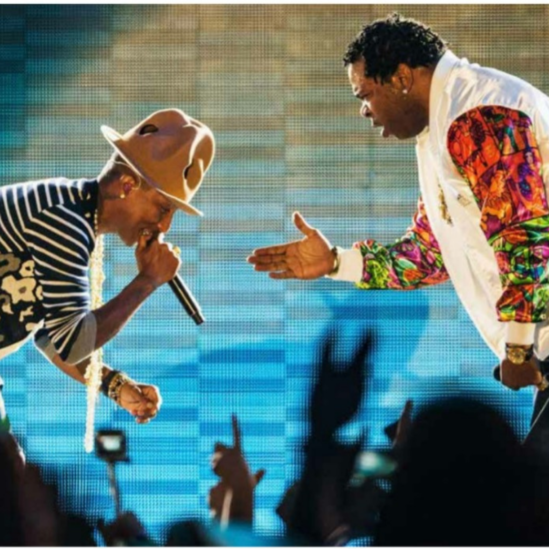 Even today, references to big brands are as frequent in rappers’ lyrics as yellow cabs in New York. Busta Rhymes, Nas, Jay-Z and others have continued to multiply their references to Charente brandy. It’s a good thing the Charente houses keep the rap flame alive.

North American consumers are breaking away from traditional tasting codes. For example, Jay-Z poured his favorite spirit into the trophy awarded at the Grammy Awards. Generally speaking, in the United States, mixology is Cognac’s best friend. The cocktail culture was reinvented in New York in the 1980s by Sasha Petraske at Milk & Honey,” explains New York mixologist Jordan Bushell. And then the rest of the U.S., London and other major capitals followed.” As New York constantly reinvents itself, mixology follows suit. In rooftop establishments, bartenders are giving Cognac-based cocktails the image of a fun drink.

In New York, the contemporary Babel, alongside the African Americans, loyal customers, new populations are gaining influence. Thus the Hispanic community is making its culture shine. Cognac is not absent. As in the luxurious Cuban-inspired bar at Pier One, on the southern tip of Manhattan, where Wall Street bankers, hipsters and tourists mix. There, the cocktail menus bring together, sometimes within the same recipe, Cognac, whiskey, cachaça. All associated with ginger, vanilla and citrus fruits. The whole American continent in a single glass.

In major North American cities, the Asian community has also adopted the spirit of the Charente. In the Korean restaurants and bars on 31st Street in New York, one is served a Ktown SideKar made with VSOP Cognac, vine peach, pineapple juice and coriander syrup. A little further on, in a more sophisticated spirit, the Reserve#2 cocktail (Cognac, whisky, Benedictine liqueur and bitter) arrives to accompany spicy meats, like this Korean Bacon, crispy pork belly, or these Sweet & Tangy Chicken Nuggets, caramelized chicken bites. The perfect pairing.

Stores and grocery stores make up the bulk of the market. However, the share of bars, restaurants and especially clubs is far from being negligible.

The culture of Cognac in the United States is also part of a more general movement that has become increasingly important in recent years: “craft”. In its original sense, craft refers to those artisanal objects that are handmade by an “expert”. Beyond this basic definition, craft is now becoming a way to appreciate again what is made by man and cannot be industrialized and mass-produced. Paradoxically, this movement based on manual work and empirical knowledge is developing well in California, which is above all the state of technology, digital and dematerialization. It is the people who make their fortune with new technologies who want to consume craft. Cognac corresponds to these new expectations. The eaux-de-vie are made from a grape whose maturity is linked to natural phenomena, soil, sunshine. They are produced by man. No two are alike. Their assembly requires an immense knowledge.

Finally, since 2020, basketball is a new communication axis for Cognac in the United States. It has tens of millions of fans, of all social origins and all ethnicities, united around the values of this sport, competition and the game.

Read the full article and some previously unpublished stories about Cognac in the special edition “L’incroyable saga du Cognac” available on newsstands, in bookshops and on the website of La Revue des Deux Mondes.

“Cognac Pairing” in your pocket

TECH | Match flavors and taste from your phone with our app...

Located in the East Village, Pouring Ribbons is a friendly place where locals come to ...