Arts and crafts specialist Raphaëlle Le Baud examined the tradition of calligraphy in Cognac. In particular, she met up with artist-calligrapher Philippe Amrouche who trains the penmen of several Cognac houses.

The first time I paced the cellars of the large Cognac houses, I was surprised to see the place names at the top of each row written in this beautiful ancestral handwriting. When I asked my hosts, I learned that the art of calligraphy is an ancient tradition here, preserved by several Cognac houses which remain attached to this elegant style of writing.

Like all traditions, calligraphy above all serves a particular purpose. In Cognac, it indicates the name, written in chalk on oak vats, of the sub-plots used to make the wine spirit. No matter which hand writes it, the lettering should be legible.

I interviewed Philippe Amrouche, an artist-calligrapher in Angoulême, to find out more. When not working on his artistic creations, he trains the penmen of several Cognac houses, including Hennessy and Rémy Martin, in a bid to help perpetuate this ancient art form.

“The script adopted in Cognac is the chancery hand,” he explained. “This style of writing first appeared in Italy in the late Middle Ages. Goose-quill pens were used initially, before the transition to metal nibs. While rooted in tradition, this writing style is also very much in keeping with the times. It offers the possibility to vary downstrokes and upstrokes. From lengthening to shortening letters… making them wider, higher, thicker… the only limit is legibility.”

Nowadays, the penmen of Cognac houses are also called upon to produce authentication certificates to accompany the most outstanding bottles. On a piece of paper, they register the name of the client and the bottle series number. Far beyond French borders, this beautiful handwriting serves as a testimony to the spirit and ancestral expertise required to make Cognac. 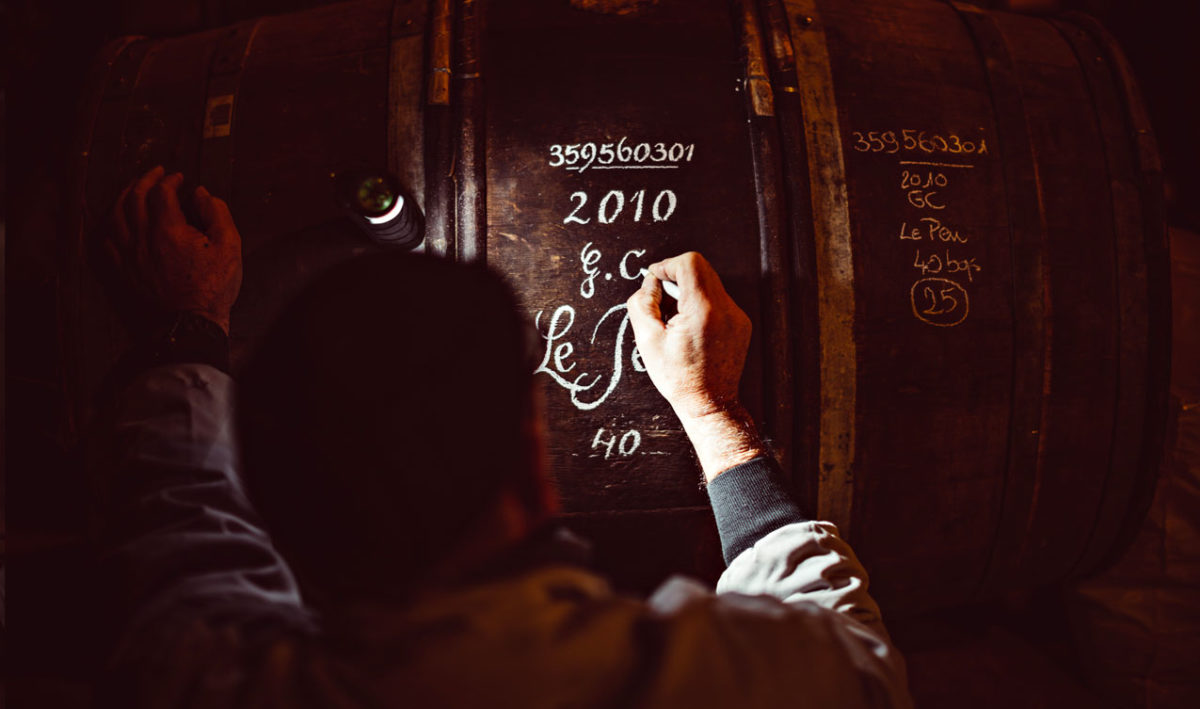 In the third episode, we met Guillaume Brotteau in Réaux-sur-Trèfle to talk about ...

[Cognac and the art forms] Time is the treasure

I discovered Cognac in December 2017. I turned up a novice and left as a hardened ...

Where to drink when in Cognac